Music Band Recording – easy and a must do 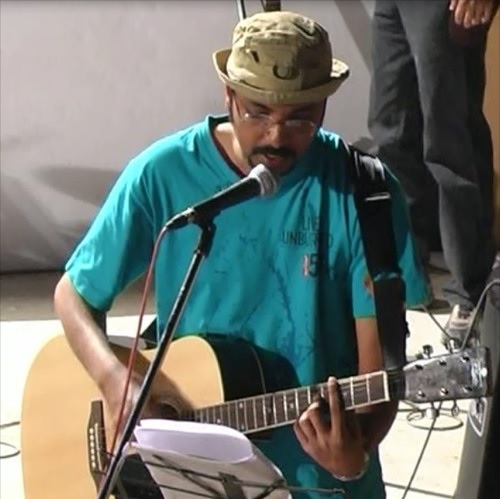 I’ve been so lucky with my music journey.  Though I’ve formally learnt only violin, I had a wonderful guru in Palakkad who also taught me the basics of music.  And my dad had an awesome collection of cassettes that were repeatedly played at home and he regularly took me to concerts which lead to a lot of music appreciation.  The cultural festivals and competitions in Kerala were an amazing boost.  I’ve had batch-mates in my college IIT Kanpur who listened to a variety of music – tamil classics, bollywood classics, classic rock, and much more.  The college had a student activity center, with free and unlimited access to the music room filled with instruments and audio equipment. 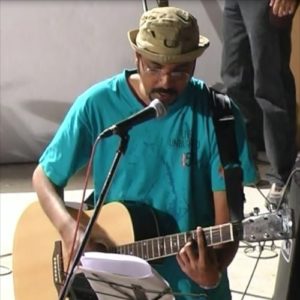 I had a very understanding set of experienced music friends who would welcome my trying out a few notes or beats.  I took to several instruments like fish to water, picking up basic chords on the guitar and the keyboard and understood the 12 note octave.  I could even work on the drum kit or bongo / congo.  I even got to the point of auditioning the next batch!

Bollywood and classic rock were the pulling factors in cultural festivals, and it made us do crazy things.  We’ve done “Yeh kali kali aankhen” with full live instruments.  I also recall “Piya tose naina laage re” being performed live along with someone dancing … imagine the coordination needed!  My college also had a tamizh mandram, and a group of us got together to form a violin, keyboard and drum ensemble to play Ilayaraja hits.  On one of the songs “Nila athu vanathu mela”, I recall playing the drums 🙂

Within my music friends, we would practice and correct each other.  Music always went best with a lot of food, and late night practice sessions  For this, I owe a lot to my college days at IITK 🙂  But we didn’t have smart phones those days and probably video cameras were too expensive.  Hence, these remain as memories – I probably don’t even have photographs!

The journey continued during my stint at Infosys Mangalore.  We formed a band named YANTRA (Yet Another Night To Rock Away), performing songs across genres.  In Bangalore, things were a bit different.  Traffic was a big time-guzzler and staying back at work was not an option.  Luckily, there was diverse talent within my apartment.  It was all a stroke of luck maybe to get a drummer and bassist.  We formed a band named SPARKS (SPAndhana RocKS – Spandhana is my apartment’s name) and did several live shows in the auditorium.  We were also lucky to have a music room of sorts within the club house for practice.  But we were unlucky every time on the recording – for some reason or other, there has not been any good recording of our performance.

And what finally made me write this blog is the stuff we ended up doing just last week weekend.  We went to a centerstage.in, a rehearsal studio and got some of our songs recorded.  Thanks to friends in the band who insisted – I never realised it could be so much fun.  Here are most of the tracks …

In the pic we have Ravi on Lead Guitar (who also sang Achy Breaky), Akhil on Lead Vocals, Yogesh on Djembe, Srikanth on Bass, Bhaskar on Supporting Guitar, and Mani on Drums. Backup Vocals by Bhaskar, Mani, Ravi, Yogesh.

Not everyone may be so lucky in many of these aspects.  It is not easy to find others with similar interests in music.  Not easy to figure out which instruments to buy, and where to get them.  In fact, I bought my electric guitar and processor just a week before one of our stage performances – because I felt we could do justice.  My band’s drummer referred me to good shops.  It is also not easy to get good audio equipment on rent – we’ve had all kinds of experiences here.  And not many are aware on how much difference a studio recording can make.  All these are the gaps that I hope my new venture hobbycue.com would help us all bridge.  Keep rocking!