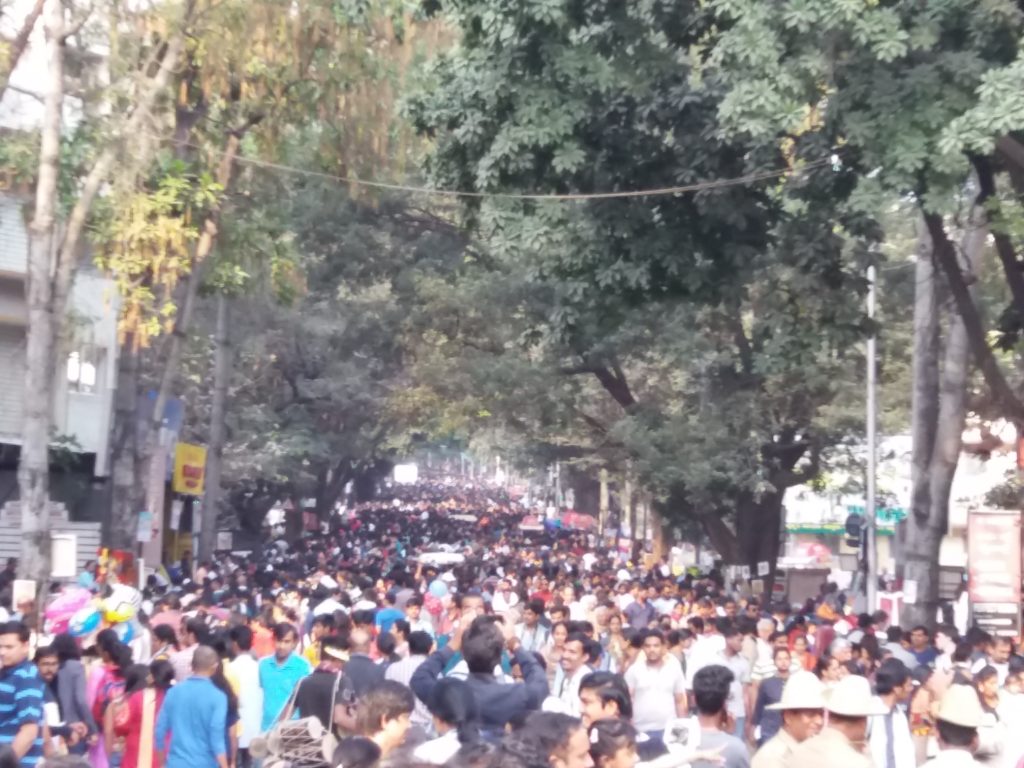 It was a lazy afternoon trip that we took to Chitra Santhe 2018 in Bengaluru. Little did we know what to expect in this one of a kind annual art festival on the streets. 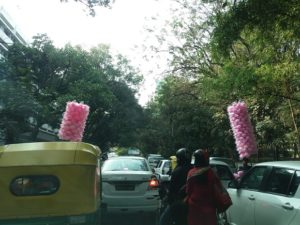 Since it was a Sunday, the drive was fairly peaceful. At one of the signals after Cubbon park, these two bobbed out from nowhere and crossed over on either side of our car .. (not related, but a different experience that I couldn’t resist sharing … 🙂
And just as we turned into Race Cource Road, we could sense the excitement … cars were backed up and police was diverting many of them back. We anyway made the U turn to be directed back by the policemen, and after a few inner circuits found a tight parking spot (thanks to my parallel parking skills).

The crowd was just amazing – thronging, yet leaving enough room to walk about … noisy, yet calm and courteous … 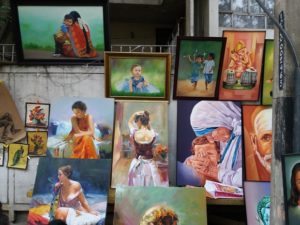 And then the art hit us! We spent at least 10 minutes at the first stall itself, and ended up buying two of his paintings .. one of which was done with just multi-coloured ball point pens! The other one had water colours and charcoal as well. There were so many awesome paintings, that it would be impossible to convey our excitement over a blog. This was an extraordinary gathering of talent! I soon realised that probably they have participants from all over India.

Check out the folds of this old man’s skin! When asked if the subject is real, we were told that yes he was spotted in Coimbatore 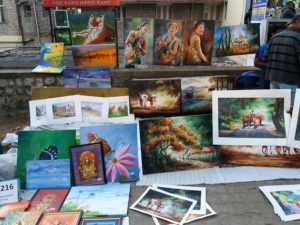 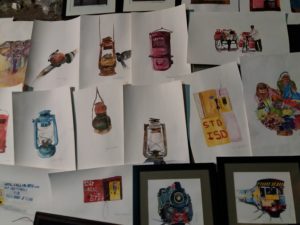 Very simple paintings based on subjects that evoke nostalgia ⇒ 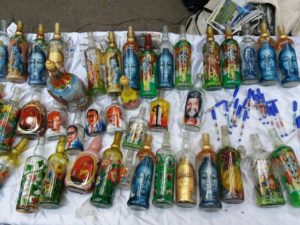 The painting here is done inside the bottle.
This painter holds a Limca record for most number of paintings inside the transparent shell of ball point pens! 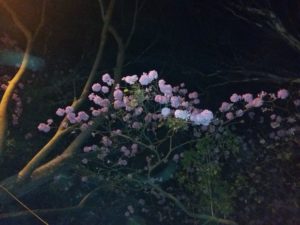 And all this was amidst some awesome nature … 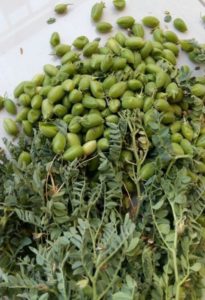 Not to forget the food all around. We had a round of charmuri and soon followed it up with some piping hot chai. Somewhere in-between we spotted a person eating “nuts on a plant”. We did a few rounds to locate the source, but could not. However, we found the name … “Kadlekai soppu”. Here’s a pic from the internet … and I hope to get my hands on this tasty treat soon.
Even though we have spent 10 years in Bangalore, this was our first ever visit to Chitra Santhe … which was in its 15th year. Had I known what to expect, I might have visited every year. The pics here were taken with a phone camera. Next time I have promised myself to do more research on what to buy, take a lot of cash, reach there early, and spend a lot of time with my SLR 🙂
Bhaskar Subramanian is an aspiring Blogger. Tell him how he did 🙂
Previous Post
Next Post